Things About Layer 1 Blockchains You Should Know

Sadly, you cannot purchase your favourite doughnut in the morning using cryptocurrencies because of the unpredictability of the time it will take the blockchain to complete your transaction. Will you stand in the line for 30 seconds or several minutes? You never know.

To comprehend the reason behind the slowness of certain blockchains, this article explains Layer 1 networks and the struggles they have encountered during their inception. It will cover the basics as well as some of the potential solutions to the famous blockchain trilemma.

What Is A Layer 1 Blockchain?

Layer 1 blockchains are the core network within the blockchain infrastructure. Hence, they are also known as base blockchains. They verify and process transactions independently and possess a unique native token for paying the transaction fees.

Some examples of famous Layer 1 blockchains are The XRPL, Ethereum, and Solana.

What Are Common Features of Layer 1 Blockchain Networks

Scalability threatens the effectiveness and efficiency of Layer 1 blockchains. Blockchain scalability is the network’s ability to provide a great user experience to all users regardless of the number of people using the network at a given time.

For payment systems, for instance, Visa handles 1,700 transactions per second (TPS); however, Bitcoin processes 4.6 TPS. The astounding gap between these two systems arises because blockchain must access the network’s entire database for transaction verification through various consensus procedures. Depending on the consensus mechanism in question, each blockchain will face its own challenges. These challenges can be categorised under the blockchain trilemma.

The most famous layer 1 blockchain networks possess several incompetencies that hinder users from fully maximising the system. Here are the two significant setbacks of Layer 1 blockchains.

Until recently, the largest blockchain networks (BTC & ETH until September 2022) utilised Proof of Work (PoW). PoW contains numerous benefits, such as abiding by the decentralised design of distributed ledger technology. It is also one of the most secure ways of processing transactions, due to the number of participants and computing power required for the validation and creation of blocks. However, as was discussed in the trilemma, this mechanism poses major scalability challenges, as processing the finality of transactions can be relatively time-consuming.

Due to the popularity of blockchain, Layer 1 has attracted lots of users. Consequently, the workload has increased, which has lowered the processing capabilities, and speed, and increased transaction costs.

Other Consensus Protocols For Layer 1 Blockchains

The XRPL uses something different from most blockchains called the Consensus Protocol. It is a mechanism based on the principle that good actors within the space will wish to uphold the health and state of the ecosystem they operate in. On the XRPL, these entities are often referred to as UNL validators. They are selected by a ‘board’ of sorts before being placed on the UNL (published by entities such as Ripple and the XRPL foundation). This is, in fact, one of the reasons why many claim the blockchain to be centralized when, in fact, it is completely permissionless and up to the server in question to configure which validators it decides to trust. This is also why the XRPL is subject to similar threats to PoW blockchains (such as Sybil Attacks), where a group of miners or validators could form cartels against or for certain network rule changes. Fortunately, 80% of the validators on the UNL must first be compromised in order for the threat to take hold.

Sharding is a technique that resolves excessive workloads. It involves dividing the entire blockchain network into definite datasets known as shards. Shards are more practical tasks that do not require all nodes to support the network. Moreover, shards are processed simultaneously and parallel by the network; therefore, the network can handle multiple transactions for a series of work. Instead of the blockchain maintaining a copy of the whole network, every network node has a particular shard. The shards offer proofs to the mainchain and work hand in hand with each other to share crucial information about, for instance, balances.

These solutions contain multiple advantages in the blockchain ecosystem but are far from flawless and can be difficult to execute properly.

After thoroughly analysing the basics of Layer 1 blockchain networks, it is paramount to delve deeper into some intriguing examples. These examples will assist you in understanding the common challenges and solutions better.

Elrond is among the market leaders that utilise the Layer 1 blockchain network. The Layer 1 blockchain entered the ecosystem in 2018 and has made several improvements that others should learn from. For instance, it incorporates sharding, thus handling 100,000 TPS. Its performance is as outstanding as it is big on scalability.

The list would be incomplete without Kava. Kava is a trendsetter as it offers incredible speed. It utilises the PoS mechanism, which tremendously improved its scalability. It combines the interoperability of Cosmos, known as ‘The Internet of Blockchains’ with developer support of Ethereum.

Harmony entered the Layer 1 blockchain technology with a thud. It incorporates sharding and PoS, creating a rich, user-friendly system. Harmony runs Ethereum-based dApps and promises a two-second transaction finality (when a transaction is considered to be finalized and irreversible).

The Future for Layer 1 Blockchain Networks

Therefore, the future of Layer 1 blockchain networks lies with those that will offer either effective and efficient solutions to this trilemma or those that will find a way to introduce a subpar product to an accepting mass.

I Got 99 Problems, and Interoperability Is One

Interoperability is not practical, however, as different chains have different processes for validating transactions, making it impossible for them to agree on the truthfulness of transactions on another blockchain. “Cross-chain bridges” like Multichain have been developed to address the interoperability issue and permit the transfer of currencies between networks. For instance, a user can transmit 100 Ether to a bridge, a centralised location or an address where Ether is kept under custody. The Ethereum blockchain would then verify this transaction. Once validated, the bridge issues fresh or ‘minted’ tokens on a different chain with a value equal to 100 Ether (e.g. in wETH) and gives it to the user. Instead of the Ethereum blockchain, the second transaction would be recorded on the other blockchain. The number of cross-chain bridges has expanded along with the number of blockchains.

However, bridges don’t just fail to address the fragmentation of the blockchain environment; they also suggest that the consensus process is exceptionally concentrated, which raises new security concerns. Most of the time, bridges can validate transactions with a small number of validators. These consensus algorithms speed up transactions but typically rely on the reliability of a small number of validators, putting security at risk by raising the possibility of an attack. The vulnerability to security breaches has been highlighted by cross-chain bridges being at the centre of several recent high-profile hacks, including the one that recently affected Axie Infinity.

Layer 2s could potentially offer some kind of fragmentation and scalability solutions. On a Layer 1 blockchain, every transaction is verified before being added to the corresponding public ledger, or “on-chain.” Contrarily, the majority of transactions on Layer 2 solutions (such as the Bitcoin Lightning Network) take place off-chain, and they are only occasionally relayed back in bundles to the underlying Layer 1 chain. Consequently, Layer 2 blockchains provide more considerable transaction limits and reduced fees, but at the expense of sacrificing decentralisation, creating concerns akin to bridges.

Cryptocurrencies cannot serve as a means of coordination if they are fragmented and lack interoperability. Money is fundamentally a social construct because people accept it in the hope that others will do the same in the future. Thus, money demonstrates favourable network externalities: the more frequently people can use it, the more willing they are to use it. In the end, these network effects force society to unite around a single currency, cutting transaction costs. On the other side, blockchains have unfavourable network externalities. The more transactions a particular user does on a specific blockchain, the more they clog the network and raise everyone else’s transaction costs. Congestion would result in the emergence of new currencies even if everyone wanted to use the same coin.

How Does Security Function on Layer 1 Platforms?

In a situation where anyone with good or malicious intentions can participate in a network, this network must be able to guarantee some kind of security. Layer 1 blockchains achieve this security with Sybil resistance measures such as consensus protocols. They design structures with the intention of preventing one or a small number of “malicious” entities from temporarily disrupting or stalling the network for their benefit at the expense of other network participants.

Three main Sybil resistance measures have been used up to this point: Proof of Work (PoW), Proof of Stake (PoS), and to a lesser extent, Proof of Authority (PoA). The standard methods used by them all to ensure security include:

i. Enabling participants to reach consensus (agreement) on the state of the blockchain through a competitive process;

ii. Rewarding some of the participants (like miners) for helping attain a state of consensus;

iii. Punishing participants who try to obstruct the network’s ability to reach consensus or who actively try to sabotage it (for example: by blacklisting them from the UNL on the XRPL).

The several highlights discussed above Layer 1 blockchain networks indicate their impact on the blockchain trilemma. Blockchain utilisation is tremendously growing as more industries incorporate it into their operations. Although the networks struggle with striking a balance among decentralisation, security, and scalability, new Layer 1 blockchain scaling solutions like sharding could drive the globe towards positive change.

Blockchain and AI: The Dynamic Duo of the Digital Age

How Could Enterprises Benefit From Sidechains?

What is the Role of Negative UNLs in the XRP Ledger's Consensus Protocol? 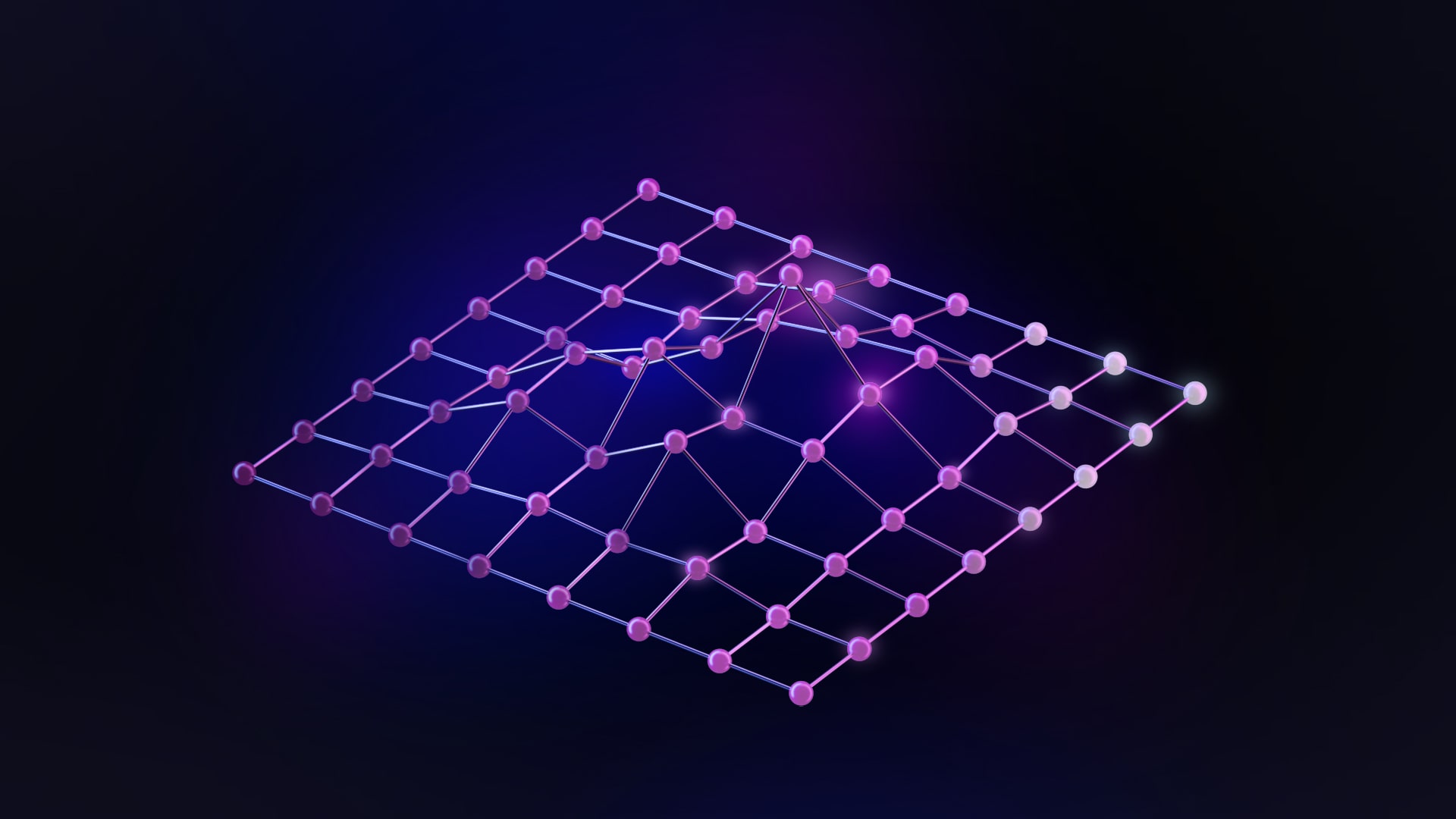 What Are Nodes & What Roles Do They Play in Blockchain

Stefan Muriuki
List Your Project
We use cookies on our website to give you the most relevant experience by remembering your preferences and repeat visits. By clicking “Accept All”, you consent to the use of ALL the cookies. However, you may visit "Cookie Settings" to provide a controlled consent.
Cookie SettingsAccept All
Manage consent